Are you looking for a new hunting challenge? If so, consider hunting rabbits! Hunting rabbits is as challenging as hunting turkeys. Rabbits are fast, agile creatures that can be difficult to catch. However, you can successfully hunt these animals with the right knowledge and preparation. Just like skeet shooting, hunting rabbits is a fun activity that best for seasoned and new gun enthusiasts. This guide will discuss the best ways to hunt rabbits and provide helpful tips to get you started. Let’s get started!

How to Hunt Rabbits

Hunters have been hunting Eastern cottontails since the earliest Native Americans. Though hunter numbers have decreased from peak numbers, rabbit hunting is still a very popular activity for many people. However, hunters must adapt to the new age of rabbit hunting to successfully hunt cottontails.

The number of people who hunt rabbits has gone down over the years. However, rabbit hunting is still popular. A recent survey found that around 1.5 million people hunt rabbits and/or hares. Rabbit/hare hunting was ranked as the fourth most popular type of hunting, tied with pheasant hunting. It was behind only whitetail deer, turkey, and squirrel in popularity. Rabbit hunting was more popular than waterfowl and dove hunting and all other types of hunting such as elk and bear.

A decade or two ago, it was easier to find rabbits. They breed a lot, and their population bounces back quickly after a bad year. But now, their habitat is shrinking, and there is more predation. As a result, it is not as easy to find rabbits as it used to be. 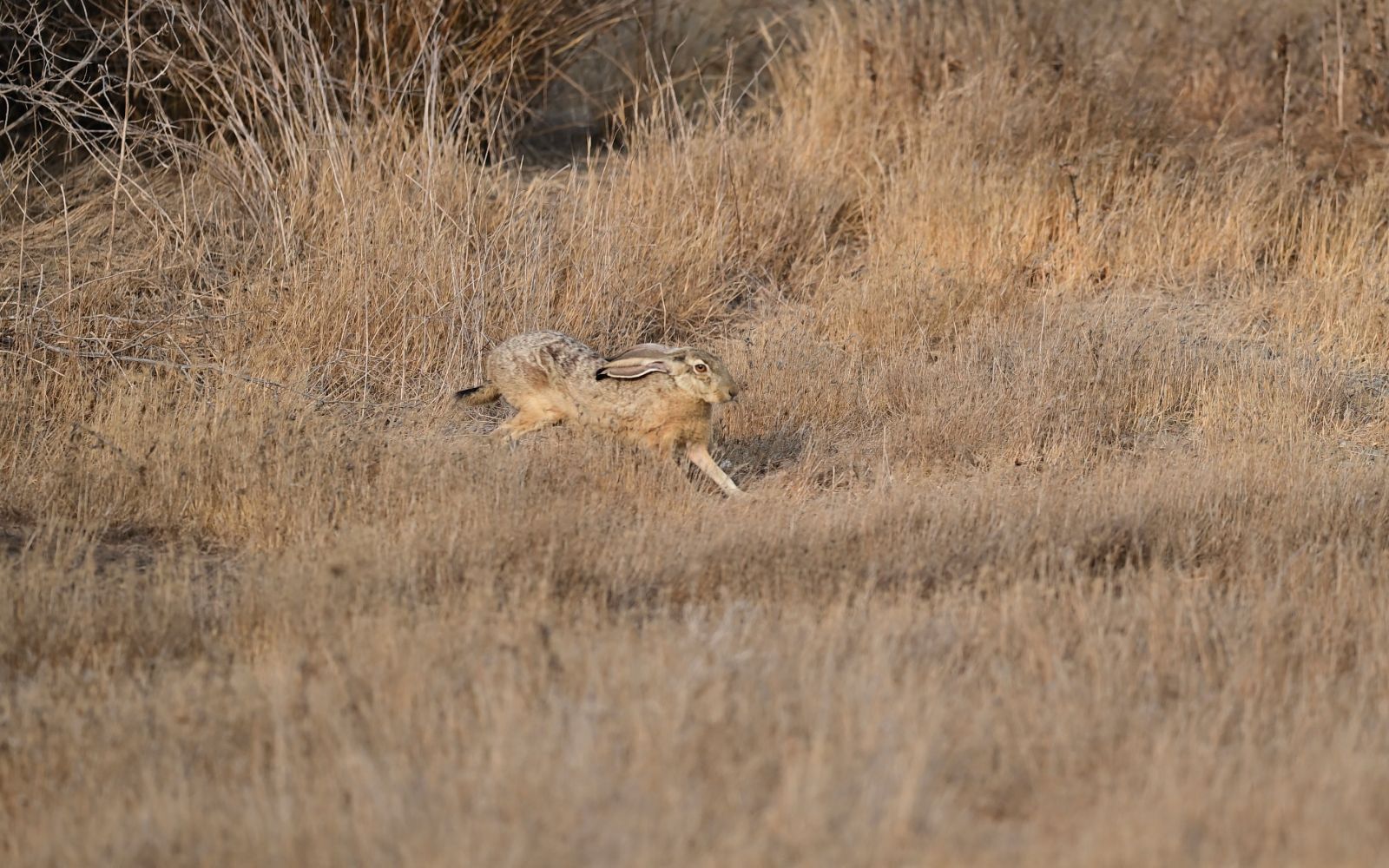 The shrinking habitat for rabbits has led to a decrease in the number of rabbits. This has also made it harder for hunters to find rabbits, allowing predators an easier opportunity to catch a bunny.

Coyotes proliferate throughout the rabbit’s habitat, and there are more domestic cats than ever before. This all contributes to a higher predation rate on rabbits. As a result, rabbits have been changing their location and behavior.

Rabbits can be found in most places if there is enough food and cover. There is not as much cover in most places as there used to be. To find rabbits, hunters need to look for areas with more dense and plentiful cover.

An exception to this rule is near dwellings, barns, oil rigs, and other areas with many people. Coyotes and many other predators steer clear of areas where people are constantly present. But a rabbit will hang out in the brush or other thick foliage and disregard most human activity. In the last decade or so, it seems they have increased their attraction to these areas and are even more numerous in urban areas than before.

Rabbits can be found in many different places. They like areas with human activity, cover, and a lack of predators. However, rabbits in remote areas can be found mostly in thicker cover than in places with thin cover. This is because rabbits have always liked the thick cover; that is no surprise.

The difference is that they are found less in other areas than in the past. When I started rabbit hunting, it was typical to stroll into a grass field jump a few wandering rabbits. Kick an isolated clump of cover, and expect a rabbit to dash out. That just isn’t the case anymore.

Many hunters have to get up early in the season to have any chance of getting a rabbit. This is especially true in agricultural areas, where rabbits often take cover near the edge of fields that have been harvested. However, they are either killed by predators or move to thicker, safer locations after a short period. 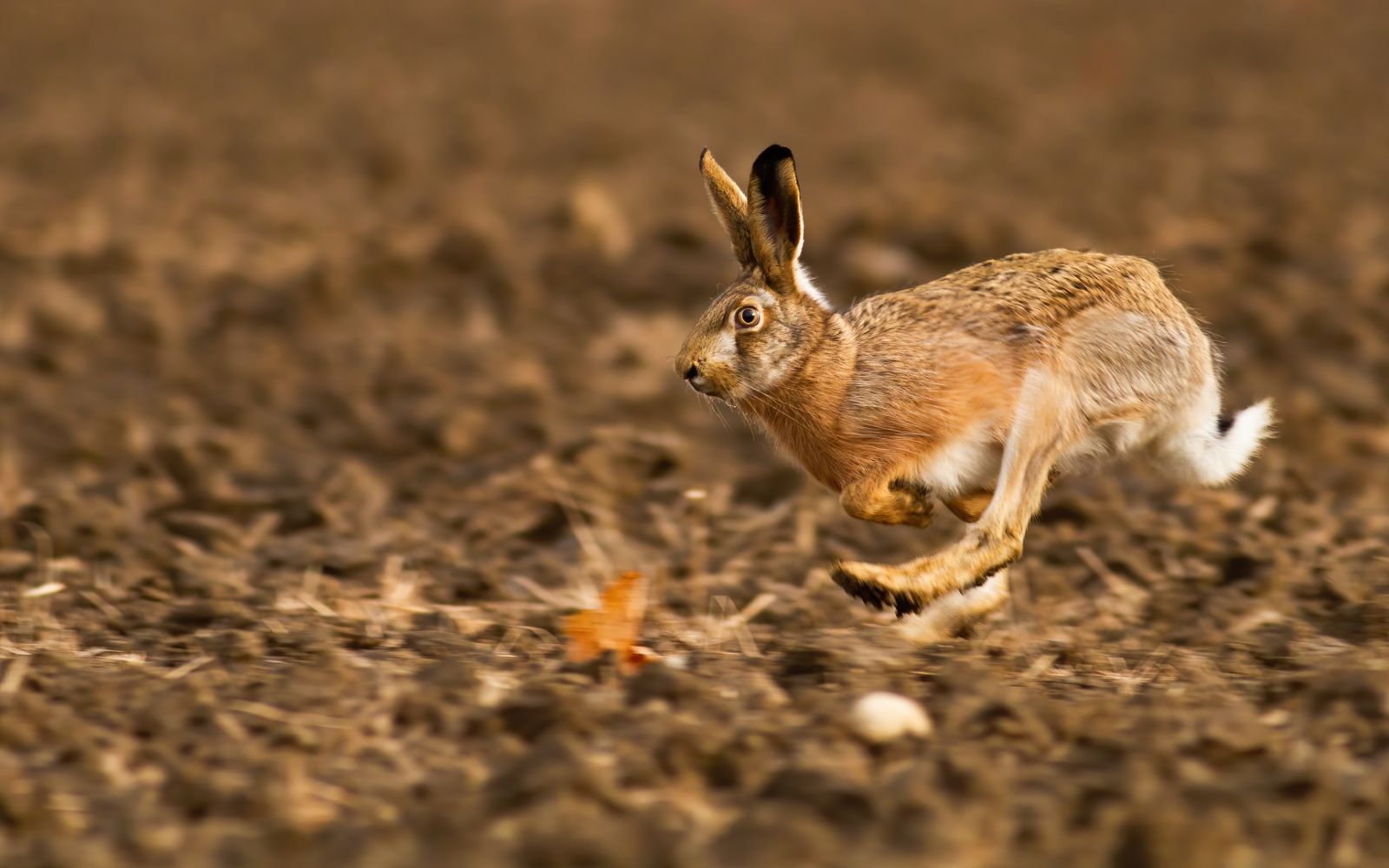 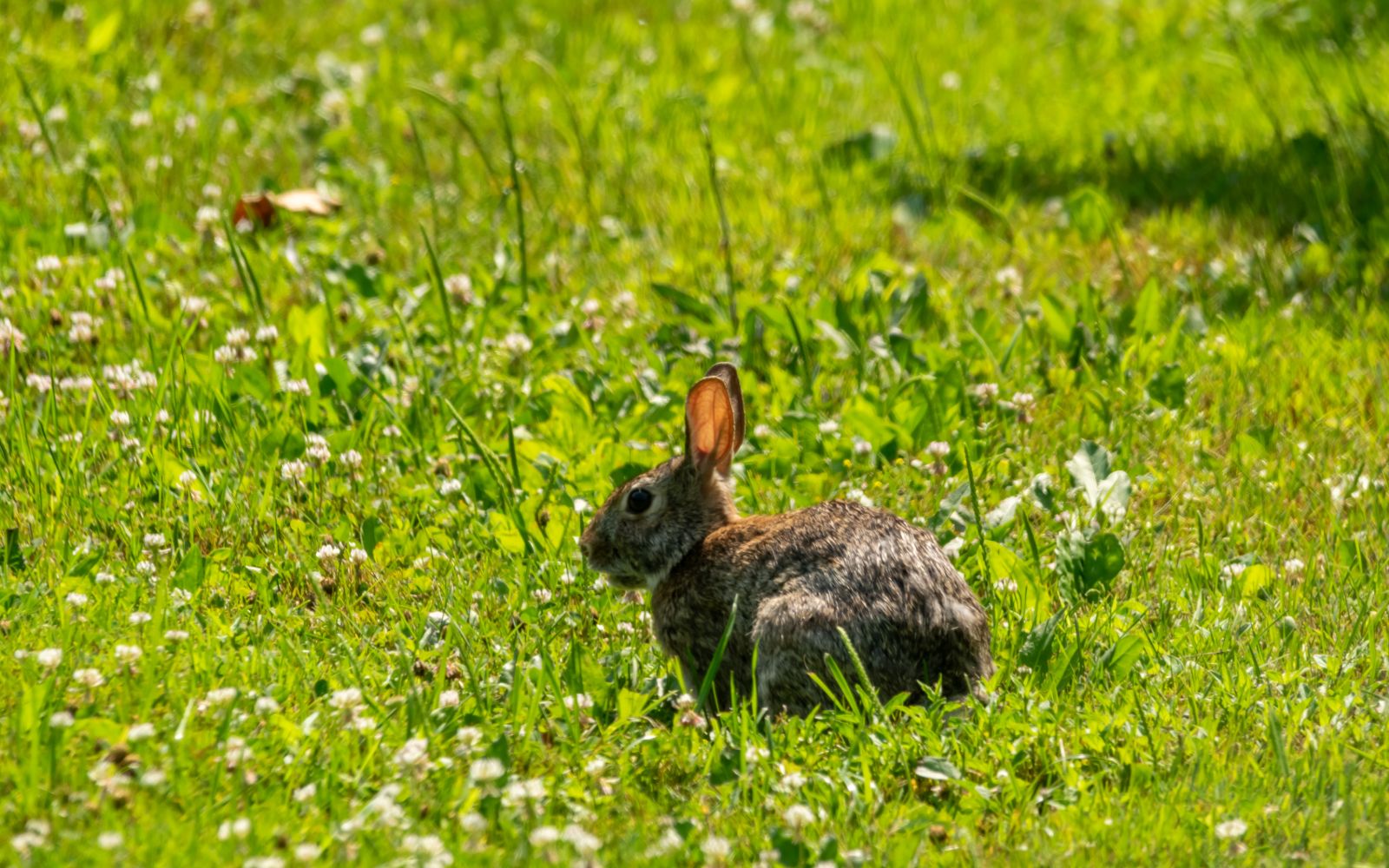 The best place to find rabbits are areas with lots of covers. Places with briars, thorns, honeysuckle, and brush are hard for coyotes and foxes to get through. It is also hard for birds of prey to “kick up” the ground in these places when they are walking around looking for food.

Rabbits are more careful in these areas and often do not jump out unless they are almost stepped on or forced out by a rabbit dog willing to go into the cover. Having good rabbit dogs – especially one or two good “jump” dogs – often spells the difference in success these days. Dogs that stay close to the edge of cover will not get many rabbits.

When a hunter sees a rabbit, they say, “There he goes.” The rabbit bolts out from hiding and runs across an open area to the next spot. Hunters then try to figure out which direction the rabbit is going. They want to be in a position to intercept the rabbit when it comes back near where it first ran away. This is still how it works, but the way rabbits run and the circle has changed in some cases.

Cottontails live in a small area and know their surroundings well. They despise being pushed out of their comfort zone. So when they sense danger, they run away as fast as they can. Then they slow down or stop and wait. As the dogs following the scent trail get near, the rabbit moves again.

Rabbits are in danger in areas with lots of predators. Some people shoot them, but you have to be careful. Many rabbits run away when they see a person or hear a noise. Often, the rabbit will go into cover and then come out again in another place, so make sure you are ready before shooting.

There are still some rabbits that are easy to find. Even if rabbits’ environment and habits have changed, they can still be found. However, hunters need to choose their hunting locations carefully and then work hard to enjoy a meal of rabbit stew.

Some of the best places to walk up rabbits are areas where humans are nearby. These places include barns, ponds, and junkyards. The best spots are isolated, so coyotes, foxes, and bobcats can’t get there too easily.

Hunting rabbits can be a lot of fun. They are one of the tastiest types of wild game. However, it is not as easy to find rabbits now as it used to be. This is because good rabbit habitat is harder to find, and you may need permission to hunt in certain areas.

Although it takes a little bit more effort, rabbit hunting can still be fun and rewarding with the help of some friends. Spending time in the field and enjoying the company of others is a big part of the experience, as is enjoying a “gourmet” meal after you’ve caught your prey.

Check out this site to learn more about hunting rabbits.

What Is the Best Time of Day to Hunt Rabbits?

The most active times for rabbits are around dawn and dusk. This is because the low light just before sunrise and before dusk protects them from predators as they go out in quest of food. If you’re hunting with dogs, you’ll probably be able to find rabbits all day. Temperature: Rabbits dislike being cold and wet, the same as humans.

Is It Safe to Hunt Rabbits?

However, intestinal parasites from uncooked rabbit guts do not pose a risk to humans. If the meat is cooked, the parasites will be killed. However, some hunters discard any rabbits with warbles, even though the rabbits are still edible.

Can I Hunt Rabbits in the UK?

The whole of England and Wales – except the City of London, the Isles of Scilly, and Skokholm island – is designated as a place where you have to kill any wild rabbits. This is according to the Pests Act 1954.

According to recent surveys, approximately 1.5 million people hunt rabbits and/or hares. Rabbit/hare hunting ranked as the fourth most popular hunting endeavor, tied with pheasant hunting and behind only whitetail deer, turkey, and squirrel.

Where Can I Find Rabbits in the Woods?

Some good places to look for rabbits have abandoned homes, lots with old wood, and fallen trees. If it’s snowing, the best thing to find rabbit tracks that lead to good cover. You can find out if they are still in that spot by looking for tracks with no sign of an exit.

Why Is Rabbit Meat Bad for You?

Rabbit starvation is a condition that can happen when you only eat rabbit meat. Rabbit meat is very lean, which means it has most of its energy from protein instead of fat. If you ate only rabbit meat, you would get sick from eating too much protein. This happens because animals in harsh environments become lean too.

Why Can’t You Eat Rabbits in the Summer?

People say that rabbit tastes similar to chicken. But the texture is different. Rabbit meat is dryer than chicken meat. Some types of rabbits with great taste, like Californian rabbits, silver foxes, and Cinnamon rabbits.

Can I Shoot Rabbits in My Garden UK?

If you are the landowner, you can shoot rabbits on your property during the day. You can also allow one other person to do this for you. If you want to shoot rabbits at night, you must be an owner/occupier with shooting rights.

Can You Shoot Rabbits With a Shotgun?

Shotguns are a good choice for hunting rabbits. Almost any shotgun will work, but it’s best to use a 20-gauge shotgun with an improved cylinder choke. Just like looking for the best choke tube for hunting turkey, shotgun also need the right choke tube for rabbits.  For the best results, use shot sizes 6 or 7-1/2. Choosing the best shotgun gauge is key to maximize your efficiency on the hunting field.

Can You Shoot in Your Garden UK?

It is illegal to shoot pellets beyond the land where we have permission to shoot unless the person who owns the neighboring land has also given us permission. The person who supervises a shooter under 14 must be at least 21 years old.

Where Should I Look for Rabbits When Hunting?

Find a place where there are brambles and brushes. Cottontails like to eat plants close to feeding areas. Good places for them are abandoned barns, hollow logs, fence rows, deadfall, or brush piles.

Can I Hunt Rabbits With Dogs?

There are many breeds of dogs that are used for rabbit hunting. These breeds include sighthounds, lurchers, scent hounds, retrievers, spaniels, settlers, and pointers. The most common type of rabbit hunting involving dogs is called beagling.